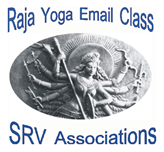 RAJA YOGA STUDENT:  “I have questions about ego and meditation on ego. Vedavyasa remarks that “the unqualified ego” is experienced in Sasmita Samadhi.  I am often aware of how my delusional ego is trying to take some kind of artificial credit for anything and everything that I do, think, and feel.  It often seems rather pathetic, and I am looking forward to the day when it drops away like a dead leaf off of a tree.  I would like a clearer understanding of how the ego progresses from the delusional ego to the unqualified ego of Sasmita Samadhi.  It is interesting, and I am gratified to know that this sense of I-ness does not disappear and should not be expected to disappear before the final and highest Asamprajnata Samadhi.  I was under the misconception that somehow we were supposed to dissolve our individual sense of self ASAP.  Can you expound more on the steps involved in letting go of the little delusional ego to reach that state of sattvic I-ness which is the ‘composite of spirit and matter’ experienced in Sasmita Samadhi?”

BABAJI: First of all, the delusional ego, or facade ego, does not “progress”; rather, it dissolves.  It was not real to begin with — no substance, no longevity.  Its disappearance is caused by the soul seeing its true self, and here is where any sequence of events, or transformation, occurs, if it can be allowed for.

Other than a station for consciousness (ahamkara), or a facade (illusory ego), a case can be made for the Purusha being the true individual self.  Sankhya Yoga philosophy allows for many individual selves, in a real sense and not a feigned or prideful sense.  Whether Kapila himself intended this (for it was not accepted by later darshanas), the fact remains that when a soul awakens to his spiritual nature, a sense of self, albeit ripe, still persists for a time.  What to speak of “for a time,” that real individual self is a solid foundation from which the advanced aspirant makes a jump into formlessness (egolessness), and it is also waiting for him when he returns to “normal” consciousness.  We saw this in the case of Sri Ramakrishna Paramahamsa time and time again, in these more recent times.

It might be said then, to further the illustration, that with enough of these jumps to the formless state made by the ardent practitioner, the subtle structure of the real individual self begins to thin, like a membrane when it has been breached too many times, and soon nothing remains other than the Transcendent Self, or Atman.  So as not to upset some Buddhist schools and their philosophies, we can affirm here that the Real Self indicated is identical with Buddha Nature, what the Lord called Prajna-Param.  And, the illusory self which obscures inner sight of the Tathagatagarbha is the base ego, the nonself.

Suffice to say, then, that there is the illusory self, unfigurable, like maya, which is here and not here — here when consciousness occupies (dreams) its imaginary station, and gone when that station is abandoned for greater substance.  That greater substance is Ahamkara as a cosmic platform, which means not only the individual dreamer, but the collective, and even the Cosmic ego — the tamas, rajas, and sattva of the ego.  Seeing beyond that, a real individual soul, Purusha, as I have described it above, is reached.  That real ego is like a vehicle, unimpeded by the limitations of lower selves, and willing and able to move between levels of consciousness, or lokas, usually in order to assist in the Divine Mother’s work in the Three Worlds and Seven Spheres.  For Atman, one with Brahman, and divested of the Five Sheaths, does not move; does not need to.  It is all-pervasive, and one would be reticent to title it Soul, Self, or anything else other than Pure Consciousness, or Timeless, Deathless Awareness.  So here is a proposed sequence for you, in answer to your query.