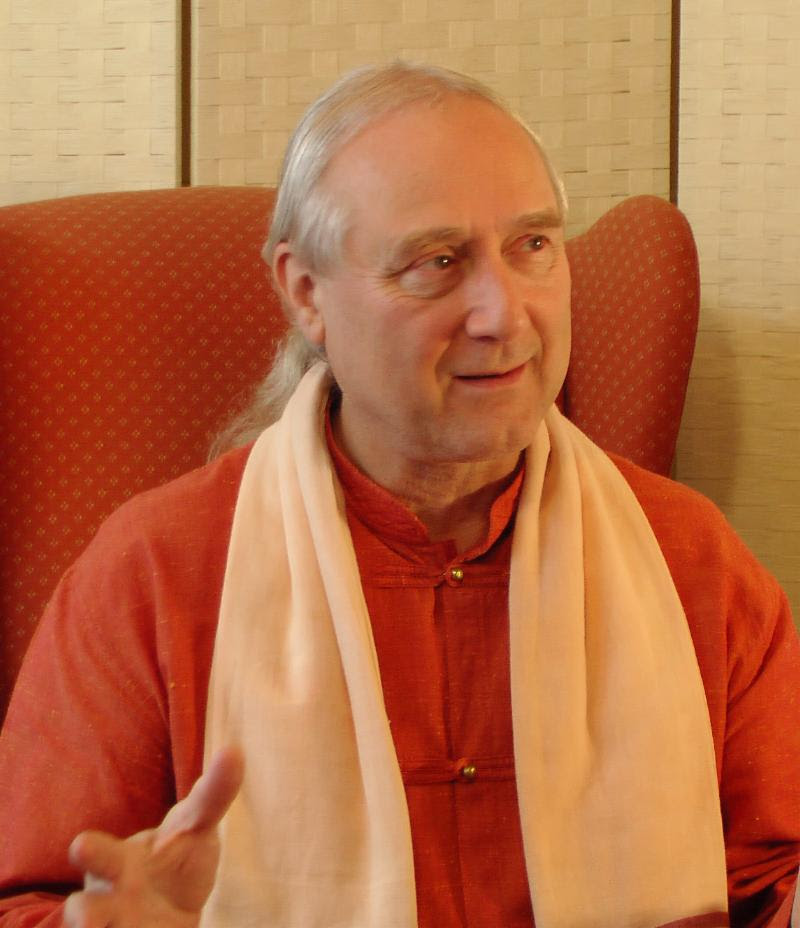 8am Hawaii, 11am Pacific
Join Zoom Meeting Passcode: 826775
Babaji holds Zoom Satsang to answer questions about spiritual life and practice. Each satsang begins with an introductory discourse followed by Q&A; come prepared with a question! Simply click the link above and join in; invite a friend.
*Kindly observe SRV's Zoom Guidelines 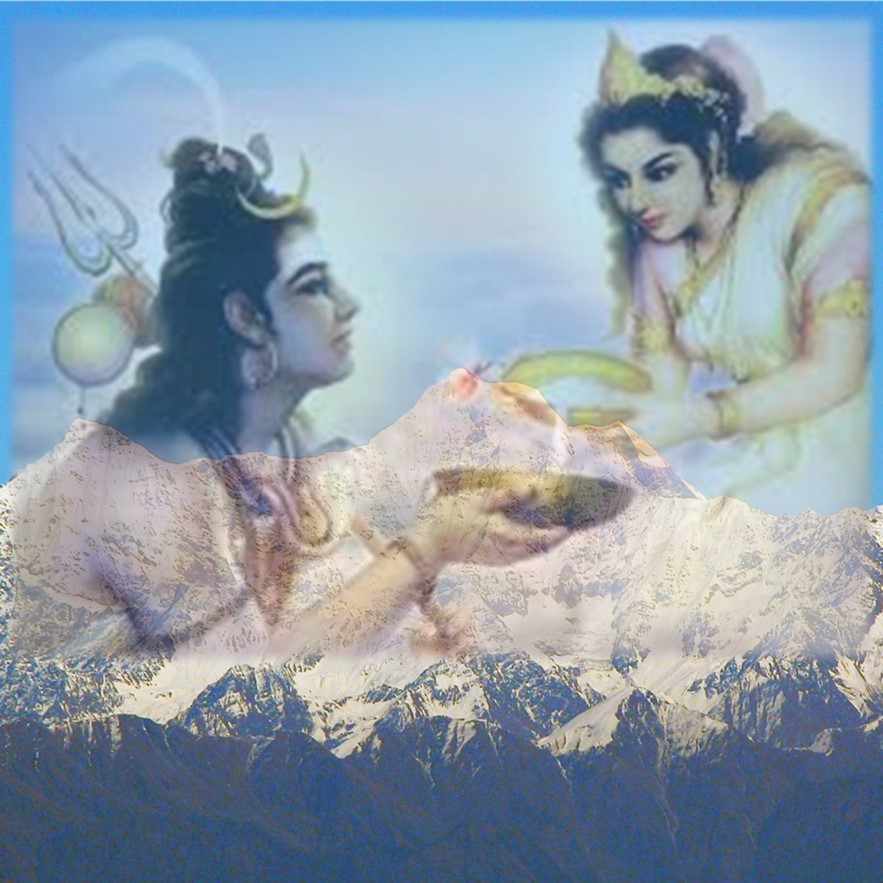 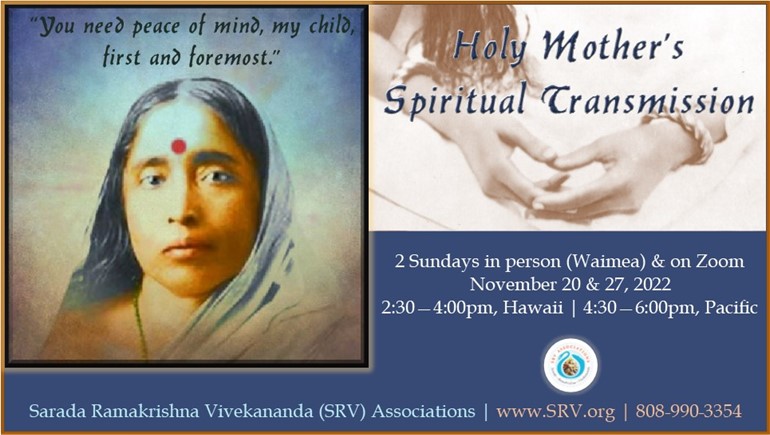 This Class Series has extended to December 11 & 18th

The advent of Sri Sarada Devi, who came to this earth as Divine Consort to Sri Ramakrishna in the 1800's, and who lived well into the 1900's, represents an unprecedented event in the earth's history.  The Mother of all, as She Herself declared Herself to be, and worshipped today as such by millions of people, She was also seen as the Divine Mother of the Universe by countless luminaries — both during Her own lifetime, and since.
Her style of teaching was more like a power to transmit wisdom directly into the mind of the devotee, purifying the heart as well, as She did so.  Truth, and its expression, both perfectly known by Her, reached the realm of thoughts and words in a graceful, easy manner, while remaining powerful enough to break down the mind's ignorance and the heart's resistance.

Catch up on unedited classes from 2014: https://www.youtube.com/user/BabajiBobKindler